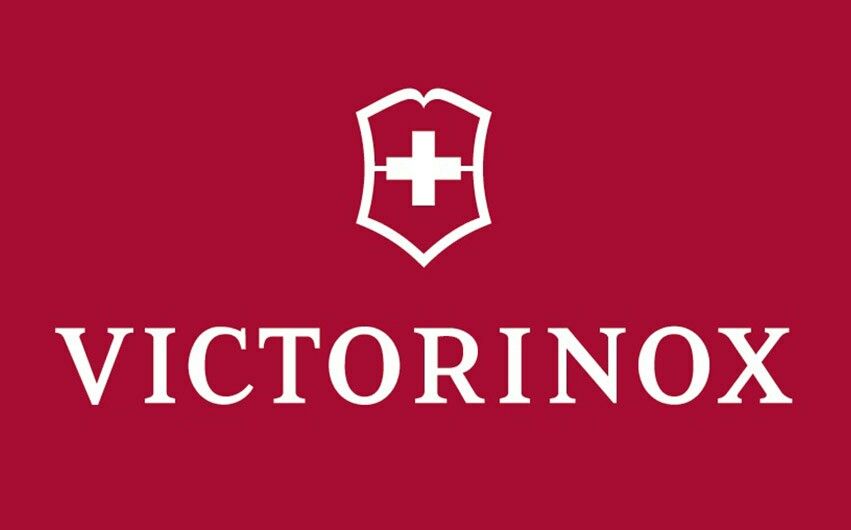 A small multi tool knife with white cross on its red handle, a trademark to identify its Swiss Army Knife just at first look. Swiss Army Knife also known as Victorinox knives are known all around the world as the company exports to more than 120 countries across the globe with manufacturing all in Switzerland. A company Victorinox is named after the mother of its founder.

With a history of more than 100 years filled with innovation and continuous evolution of Victorinox Knives, we have review few of Swiss Army Knife’s. We hope you will like our effort for Victorinox Knives Reviews which are as under:

Victorinox Alox Cadet Review The Victorinox Alox Cadet a knife that can easily encounter basic tasks throughout the day makes it one of the best knives for an average guy or a person who has just started taking interest in carrying a pocket knife. Here is another full-fledged Victorinox Cadet review of another ultimate Swiss Army knife, which is considered exceptionally well as an EDC. Just like Victorinox Farmer and Victorinox Pioneer X which have already been reviewed, this

Victorinox Hiker Review Today we are going to review, The Victorinox Hiker with the Hot Red distinctive handle which is one of the very small penknives in the EDC category. Swiss Army Knives has been established in 1897 and since then the brand continues to be an icon of smart and utility designs. Victorinox is described as a medium-sized pocket knife that has all essentials that made it perfect for fishing, hiking, and outdoor activities. The tools vary from

The famous term “Swiss Army Knife” will make you think about a definite and certain image of the Brand. As there are many famous knife manufacturing brands, but Swiss Army Knife stills make in the list of the most universally recognizable pocket knife brand. Victorinox provides us with high-quality, durable steel, and solidly constructed knife models. Their ALOX models like the Victorinox Farmer, Victorinox Pioneer & Victorinox Cadet, can be appreciated and considered universally useful masses and even for knife

Victorinox Pioneer X Review Here is the review of the Pioneer X which is one of the classy and nicest designs from Victorinox knives that you will see. It is a simple design, multi-tool, medium-sized knife which meets the high-quality standards of the brand. This Swiss Army Knife is an excellent pocketable multi-tool both for outside camping and to add to any EDC. I always like to prefer multi-tools models which have a few good tools that will be essential

The story begins with its founder Karl Elsener who was born in 1860 in Zug in a poor family & in a poor country at that time. He learned the cutler’s craft as he grew. At age of 24, he opened his own workshop in Ibach. Apart from being a blade smith, he has great marketing and entrepreneurial skills.

He marketed his knives in local newspaper, as much as he could. As he even displayed his Knives in his Father’s hat shop. With the success over the years in 1891, he founded the Swiss Cutlery Guild whose main purpose was to manufacture Pocket Knife for the army of Swiss Confederation. As Swiss Military used to buy knives from Solingen which is till date the knife making hub of Europe. So, from 1891, Karl Elsener’s Swiss Cutlery Guild started supplying knives to Swiss Army.

Swiss Cutlery guild made its first delivery to Swiss Military in October 1891, with a model called “Soldier’s Knife” weighing almost 144 grams with wooden handle scales, but with multiple tools like a single blade, Awl, screwdriver & can opener. That Soldier’s knife was robust but it was heavy. Another Officers model was designed which is lighter given it has 2 more tools like a smaller blade & corkscrew. Officer’s Knife got officially registered in June 12, 1897. This model was quickly adopted by Swiss Army and it also got famous within the country within Civilians and later beyond borders.

In 1909, Karl Elsener’s mother died and he decided to use her first name for HIS brand. So, from 1909 to 1921 the brand name was Victoria. In 1921, stainless steel made its appearance under the name “INOX”. And these were made with stainless steel aka Inox. Thus, two names Victoria & Inox are combined and the brand name “Victorinox” formed which is till date. The founder of Swiss Army Knife & owner of Victorinox died in 1918, at the age of just 58 years. He was succeeded by his sons Carl & Alios.

Over years, Swiss Army knife’s these two models have undergone an evolution in the making of its brand and their mention is a must

Like, 1908, Soldier was made 20 grams lighter with wooden scales whose main defect was that they fissured too quickly and were replaced by other material. In 1951, using stainless steel saved them 35 grams. In 1961, red alox was used for knife handle scales which further dropped the weight to 92 grams. In 1965, Silver Alox was used & in 1980s the Swiss Escutcheon was placed on it.

The Swiss Escutcheon was placed on it in 1909. In 1936, the fiber handle scales were replaced with Celluloid. In 1946, the can opener in Officer Swiss Army knife was improved. In 1951, Alox used for the separators. In 1968, the initial attachment was replaced by a ring.

The practice of placing Swiss Blazon on Swiss Army knife products started in 1909 to show that these knives are Swiss made & to distinguish them from German models imitations. As we all know, a popular product in every era is being copied and counterfeited.  Thus, it was need of an hour to identify their Knives better by protecting them & usage of their commercial name. 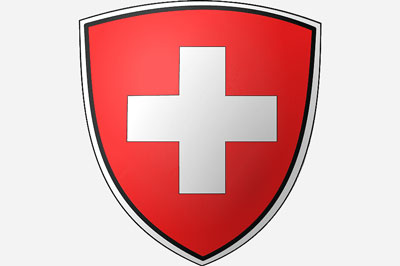 With the success of Swiss Army Knife, the company Victorinox received orders for both Military & Civilians, with their current factory and establishment, they were not able to satisfy the high demand. Thus, in 1906, another company was created called Wegner.

Wegner also made Swiss Army Knives for soldiers, officers & for civilians with the same red handles and same white cross but they placed it at the center of a square with round edges. Both companies have worked together even since with each one developing an infinite range of models so that Swiss Army Knives being manufactured respond to different user needs.

Wegner was officially taken over by Victorinox in 2005. Wegner no longer produce knives they are known for its Wallets now.

But orders, both civil and military, had been so huge since the establishment of the company that Karl Elsener had never been able to fully satisfy the demand. That is why another company was created in Switzerland in 1906, under the name Wenger, which also made Swiss Army Knives for soldiers, officers and civilians with the same red sides and the same white cross, but placed at the center of a square with rounded edges. The two companies have worked together ever since, with each one developing an infinite range of models so that the tools in these little knives will respond to all needs.

With humble beginnings of 4 piece Soldier’s Knife to 73 piece toolkit, who dares to claim that they couldn’t find what they were looking? They have purpose made models for each users. You can have all EDC tools for anglers, horse riders, golfers, sailors, campers and so on.

Where are Victorinox knives made?

Most Victorinox knives are made in the company’s factory, based at its headquarters in Ibach, Switzerland.

What Steel does Victorinox use?

Victorinox uses a martensitic stainless-steel alloy variety for their Swiss Army Knives, also known as ‘high-carbon stainless steel’ in many of its knives popularly referred to as Inox. The word Inox basically means stainless. The alloy consists of a high percentage of Chromium which makes the steel shiny and corrosion-resistant. The steel is subjected to high-quality heat treatment to achieve the desired hardness.

Where is Victorinox Headquartered?

The headquarter of Victorinox is oriented in the town of Ibach, in the Canton of Schwyz, Switzerland. It is well known for its Swiss Army knives.

Victorinox is a cutler’s business brand founded in 1884 by the Swiss pioneer Karl Elsener. Today, Victorinox produces and sells unique, high-quality products worldwide which are of practical use in differing areas of life: Swiss Army Knives and Swiss Watches are their most famous products.

Where to buy Victorinox knives?

You can buy Victorinox knives from their official Stores located in your area. Or you can buy them from their Authorized Retailers and Repair Centers but if you are a resident of USA, UK, Canada or Australia buy from Chicago knife works as they offer the lowest prices online with fastest delivery. Best part is they are legit sellers of Victorinox knives.

Victorinox sells their knives on their official stores and site, but you can also get these knives at more exclusive discounted prices from their authorized dealers i.e. Chicago knives Work, Walmart, or Amazon.

What is a swiss army knife?

The Swiss Army knife is a multi-tool pocketknife manufactured by Victorinox. The term “Swiss Army knife” was coined by American soldiers after World War II after they had trouble pronouncing the German word “Offiziersmesser”, meaning “officer’s knife“

How to clean a swiss army knife?

Regular cleaning and oiling are important for Swiss Army Knives in order to function properly. Often you will only need to use some warm water with a drop or two of washing-up liquid if needed.

How to sharpen a swiss army knife?

How to use a swiss army knife can opener?

Make sure that the hook of the can opener is on the outer ring of the can and that the cutting part is on the inside. Use the blade to puncture a hole in the can. Move the can in a counterclockwise motion cutting along the way.

Where to buy a swiss army knife?

When was the swiss army knife invented?

Swiss Army knife, multibladed pocketknife that evolved from knives issued to Swiss soldiers beginning in 1886. Although in 1891, the knives were originally produced in Germany, Swiss cutler Karl Elsener began making soldiers’ knives for Swiss Army for the very first time.

Why the hook on a swiss army knife for?

The hook aka keyring in a Swiss Army Knife is meant for carrying parcels or packages wrapped with string or thin cords, which can be hung from the hook and carried along with the body of the SAK acting as a handle.

How much does a swiss army knife cost?

Victorinox gives us multitools pocket knives at a very fair price compared to similar knives retailers. So, a basic Victorinox SAK generally starts at $15. Models with a generous number of functions should cost $30-$100. The highest-end SAKs with complete sets of tools can easily cost $300 or more.

What is the best swiss army knife?

All of the Swiss Army multi-tools knives are best, depending on the nature of your work, whether you need a pocket knife for EDC, household works or for outdoor activities like camping or hunting, some of the most loved tools from the public, in general, are Victorinox Mini Champ, Victorinox Pioneer, Victorinox Farmer, Victorinox Hunter, and Victorinox Cadet.

What are all the tools on a swiss army knife?

Why is it called a swiss army knife?

The term “Swiss Army knife” was coined by American soldiers after World War II after they had trouble pronouncing the German word “Offiziersmesser“, meaning “officer’s knife“